The results of International Computer and Information Literacy Study (ICILS) 2018 are made public during the same week in which the Web Summit 2019 is held in Lisbon. That is the first large-scale sample survey conducted in Portugal with the aim of assessing the digital literacy of students attending the 8th grade. 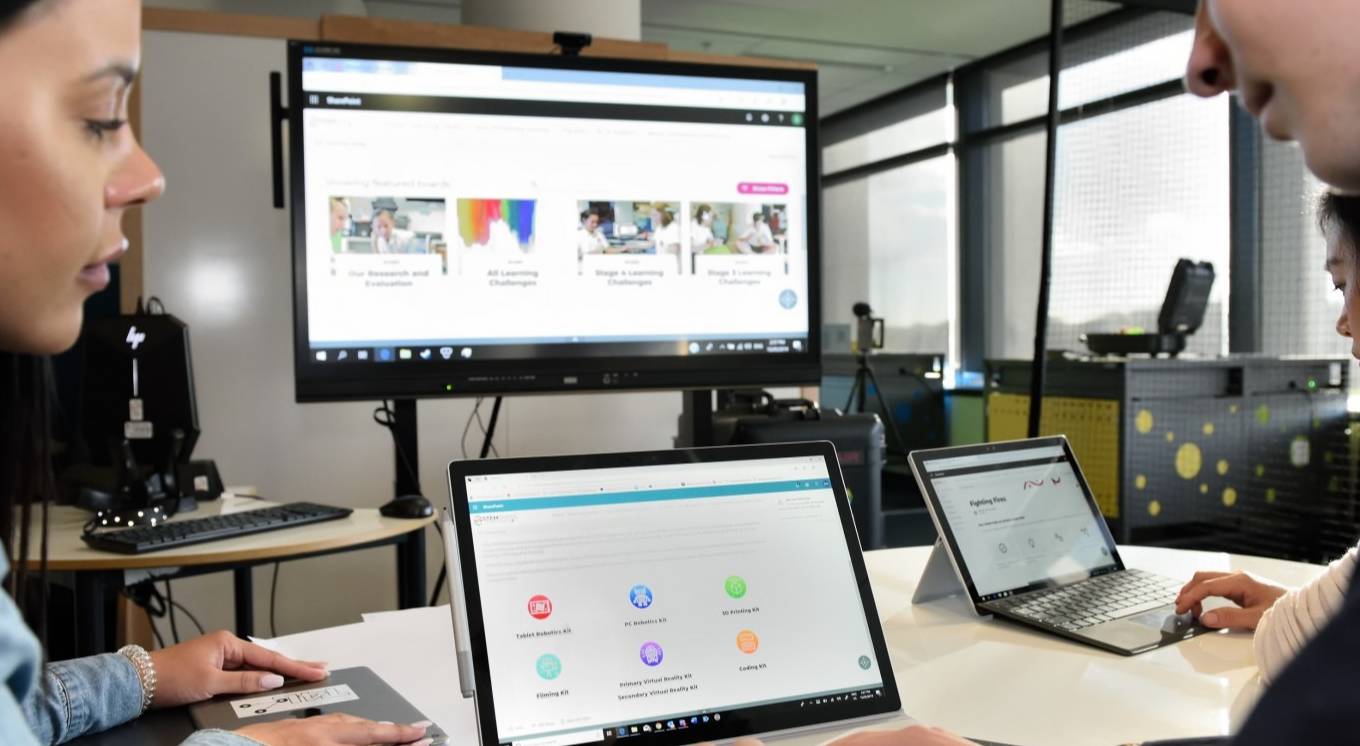 Among the 14 countries and regions from all over the world that participated in the study, Portugal ranked in the middle of the computer and information literacy (CIL) table. However, Portuguese students were placed in the second to last position in terms of computational thinking (CT) skills. Girls scored significantly higher than boys in CIL, but lower in CT. One third of students showed only basic computer skills and although 2/3 have used a computer for at least five years, the vast majority have not done so for school purposes. The insufficient number of computers for teaching and the limitations of access to the Internet are pointed out as the main restrictions to the use of information and communication technology (ICT) in school context. ICILS data question the generalisation that young people are "digital natives": mere exposure to information and communication technologies is not in itself sufficient for the development of advanced digital literacy skills. They also question the idea that the ability to develop computational reasoning stems directly from familiarity with the digital world.

In Portugal, as in other countries, making information and communication technologies available is not in itself sufficient for the development of advanced digital literacy skills.

Digital literacy is a basic need in modern societies. In professional, social and leisure activities, the use of integrated technological resources (hardware, software, networks and digital products), generally referred to as ICTs, is unavoidable. In education, ICTs have rapidly become fundamental elements in the classroom of the 21st century, and there is a growing consensus that the effective use of ICTs is imperative for active participation and citizenship in modern societies. Aware of this fact, both governments and non-governmental organisations have sought to universalise the access of populations, in particular the youngest at school, to new information and communication technologies.

In Portugal, the government programme "e-iniciativas", launched in 2007, sought to provide teachers and students with technological platforms (namely laptops and broadband internet). In parallel, the "Technological Plan for Education" promoted the technological infrastructure of schools and the availability of online content and services in order to strengthen the digital skills of students and teachers. After just over a decade of delivering these programmes, how well prepared are students in the Web Summit host country to study, work and live in a digital society? Are Portuguese youngsters "digital natives"? And how do they compare with young people from other countries and regions? The results of the International Computer Information and Literacy Study (ICILS) – the first large-scale sample study conducted in Portugal on this topic – provide answers to these and other questions.

Portugal in the middle of the digital literacy table...

ICILS, held in 2018, involved some 46,000 students and 26,000 teachers in 12 countries (Germany, Kazakhstan, Chile, Denmark, the USA, Finland, France, Italy, Luxembourg, Portugal, the Republic of Korea, and Uruguay) and two benchmarking regions (Moscow – Russian Federation, and North Rhine-Westphalia – Germany). The study assesses (on a scale with a mean point of 500 points and a standard deviation of 100 points) the knowledge, skills and understanding that pupils need to demonstrate in order to succeed in the information society, as well as the computer thinking skills in using computer resources to solve everyday problems.

In ICILS 2018 digital literacy is defined by two domains:

In parallel, the study collects background information from students and their teachers on ICT use, as well as beliefs and attitudes towards them.

In Portugal, 3221 students attended grade 8, and 2823 teachers in 189 randomly selected schools throughout the national territory stratified by NUTS III regions. Portuguese students scored an average of 516 points in digital literacy, which corresponds to the 7th position on the CIL's ranking of the 14 countries and regions participating in the 2018 edition. These results place Portuguese students alongside German students, and significantly above students from France, Luxembourg, Chile, Uruguay, and Kazakhstan. In Portugal, Portuguese female pupils scored on average (522 points) 11 points higher than boys, in line with the international trend (18 points difference between girls and boys).

Portuguese students scored an average of 482 points in Computational Thinking, only significantly higher than Luxembourg students' performance, placing them in the penultimate position on the ranking scale of the eight countries participating in this optional field. In this field, the average difference between boys (490 points) and girls was 17 points. At international level, that difference amounted to four points in favour of boys.

At international level, 18% of students, sampled in the 14 participating countries/regions, showed no functional knowledge of computers as a working tool (below proficiency level 1); about 25% showed functional knowledge of working with computers and information research (level 1); 36% were able to use computers under direct instructions on what to do (level 2); 19% of students showed independence and autonomy in using computers (level 3); and only 2% showed control of execution and critical evaluation in research and information production (level 4).

About one third of Portuguese students attending grade 8 in the 2017/2018 school year only show digital literacy at a basic level (level less than or equal to 1). This percentage is at the same level of Germany, significantly better than Luxembourg (51%) and France (43%), but considerably worse than Denmark (17%) or Finland (28%).

... although two thirds of Portuguese students have used a computer for five or more years, the vast majority of them do not use it for school purposes.

About two thirds (63%) of Portuguese pupils say they have been using a computer for at least five years, which is significantly higher than the international average (43%), only lower than Finland (69%) and Moscow (65%) and twice as many as Germany and Italy (both 36%). Nevertheless, computer familiarity was not relevant for the CIL performance of Portuguese students: only 3% of this performance is explained per year of computer use. Students who reported using computers for at least five years scored on average 23 points more than other students. This difference was 19 points in the field of Computer Thinking.

Teachers do use ICT but need support from their schools in promoting these technologies in the classroom.

At international level, the vast majority of sampled teachers reported using ICTs for more than five years in class preparation (62%) and during class (72%). In Portugal, the same percentages were 87% and 94%, respectively. However, only 49% of Portuguese teachers reported, similarly to the international sample (48%), to use ICTs daily in teaching activities. The areas of ICT use in which  Portuguese teachers reported being less confident were the use of Learning Management Systems (64%), collaboration with others (60%), with an average difference of five points in the confidence in ICT use among teachers with less vs. over 40 years old. Teachers reported that they are even more likely to promote computer and information literacy (CIL) and computer thinking (CT) in the classroom if they are proficient users of ICT, and if their schools promote collaboration in the use of ICT in teaching.

At the international level, approximately 50% of students attend schools where the sampled ICT coordinators consider that the number of computers available for teaching and with adequate internet access is insufficient. In Portugal, this limitation is even more acute with about 2 out of 3 students attending schools with an insufficient number of computers for teaching activities (63%) and with insufficient or low speed internet (73%).

Regarding the availability of pedagogical resources for ICT use in schools, about 3 out of 4 Portuguese students attend schools where ICT coordinators consider that teachers do not have enough time to prepare classes (75%), do not possess adequate ICT skills (72%), or proper support for vocational training (72%). At international level, the same percentages are 64%, 65%, and 59% respectively.

Computational thinking should be given greater priority in the curriculum

Most of the participating countries explicitly or implicitly mention different components of computer and information literacy (CIL) in their curricula. However, references to computer literacy are much less frequent. In Portugal, seven of the nine dimensions of computer and information literacy mentioned in ICILS 2018 are explicitly referred to in ICT subjects in one or more years of the 3rd cycle of basic education. However, in computational thinking, only 5 of the 12 dimensions of this domain are explicitly mentioned in the national curriculum, which is in line with the international trend.

People believe that young people are "digital natives". Is that an urban myth?!...

The results of ICILS 2018 reveal that exposure to computers and digital technologies is not in itself sufficient to develop the digital literacy of Portuguese students. Portugal's average score in digital literacy (computers and information) is middle ranking among the table of the 14 participating countries and regions, while in terms of computational thinking Portuguese students rank in the penultimate position on the ordered scale of the nine countries that assessed this domain. One third of the Portuguese students assessed only revealed basic level digital skills, although two thirds said they had been using computers for at least five years. Familiarity with computers had little effect on Portuguese students' performance in CIL. These findings contradict the generalisation that simple exposure to information and communication technologies makes young people proficient in their use. In Portugal, as in other countries, providing information and communication technologies alone is not sufficient for the development of advanced digital literacy skills.

Curricula and their implementation must be able to better integrate, where appropriate, the use of digital tools emphasising computational thinking. Students need to be taught how to use computers more efficiently. Teachers need to be supported in the effective use of new communication and information technologies in the classroom.

The 'fiction effect' in youth reading