What is reading? Is learning to read something natural? What is the role of teaching in learning to read? The answer to these questions is fundamental for the understanding of reading and learning difficulties, as underlined in a scientific article just published in "American Educator". 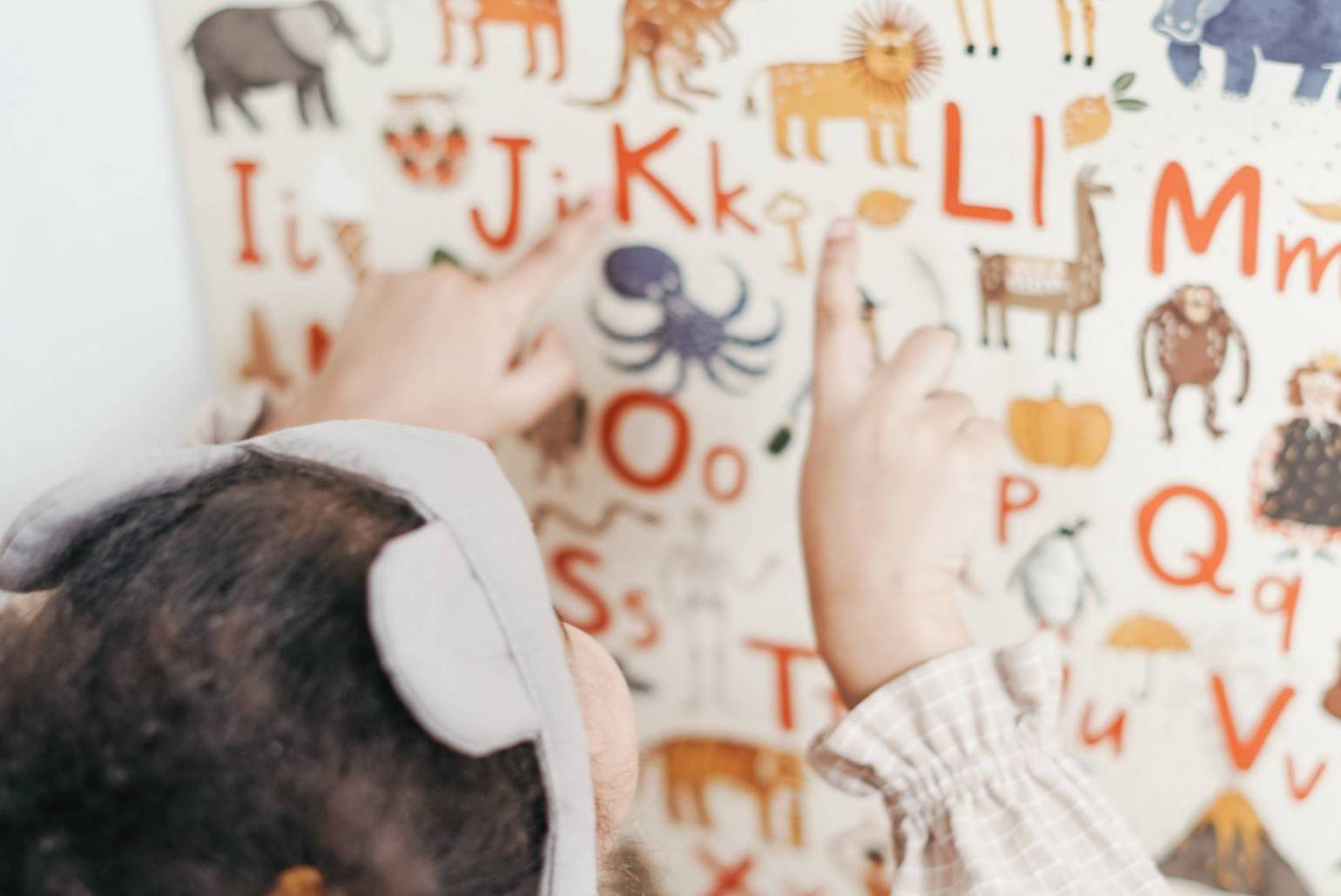 Reading is fundamental in modern societies, but unlike language, reading does not emerge naturally. It requires systematic teaching consistent with the writing system. Learning the alphabetic code is the first task the learner of reading has to face, and it forms the basis of reading comprehension. All further learning depends on the solidity of this basis. Learning the alphabetic code means knowing the letter-sound correspondence, either in the context of single letters or in the context of chains of letters (words). The role of teaching is particularly relevant in this learning process, possibly more than in any subsequent school learning.

The purpose of reading is, quite simply, to take meaning from what is read (Castles, Rastle, & Nation, 2018). In a more technical definition, reading is a complex cognitive operation in which we transform written symbols into sounds of speech and give them meaning. Learning to read is unnatural, and is difficult for many children. It therefore requires quality teaching based on the best available scientific evidence. However, there are doubts as to whether the current extensive knowledge of reading acquisition is being taught in teacher training schools and even applied in classrooms.

Is it possible to teach all children to read?

In a recent article in the American Educator magazine, Louisa Moats (2020), an influential researcher in the field of reading and reading teaching, considers that all pupils can learn to read and that problems will only be unavoidable for a small percentage of pupils with serious learning disabilities. However, in the US, around 20% of students have serious learning difficulties in reading and another 20% have difficulties in achieving curriculum objectives. This 'tragedy', in Moats' words, is unnecessary and avoidable. The author states that research estimates that 95% of children can learn to read (decode) by the end of the 1st year, although there may be limitations imposed by the language and reasoning skills of pupils at a later stage (but these can also be improved with adequate instruction). To achieve this, however, it is necessary for teachers to have some fundamental knowledge, which we will talk about below.

What is the relationship between reading, writing, and speaking?

The relationship between reading, writing, and speaking is primary, but not intuitive. Certainly most people are not absolutely aware that writing represents a code for speech and that this code is very recent in human history. It is estimated that the homo sapiens may be 300,000 years old, but that the first form of writing, with some similarities to those we use today, was created by the Sumerians about 4,000 years ago. Much later, in 1200 B.C., the Phoenicians invented a consonant writing system (based on consonants), later adapted and expanded by the Greeks through the introduction of vowels. This created the first alphabet (a word that incorporates the first two letters of the Greek alphabet: alpha and beta), from which modern alphabets are derived.

The alphabets allow, through the combination of a reduced number of symbols (letters), to represent a practically infinite number of words of speech. This does not mean that the alphabet is the most effective way to represent all types of speech (Katz & Frost, 1992; Schmalz, Beyersmann, Cavalli, & Marinus, 2016). Syllabaries, for example, are more efficient in representing certain types of speech structure (the Japanese Hiragana is one example), as are symbols of Chinese writing (a system of writing called morpho-phonetic, because it represents both meanings and sounds). In this respect, Katz and Frost write that "most languages get the orthography they deserve" [1992, p. 9].

In the case of alphabetic writing, it is important to bear in mind that letters generally seek to reproduce the smallest units of speech: the phonemes. It is at this level that speech and writing are connected. In order to read, and even more, to write, we have to remember the individual sounds of speech, which is a complex exercise since, when we speak, the sounds seem to mix (a process that is called co-articulation). In writing, however, there must be as individualised a representation as possible of each sound of speech. In this way, in order to write certain words, we have to think carefully about which and how many sounds they include. And slowly, for that matter!

Learning and teaching reading within an alphabetical system

The discussion on the best way to teach children to associate the symbols of writing with language stretches back many decades, and is often based on pedagogical assumptions. However, the most appropriate teaching method derives from the nature of the writing system and not from pedagogical philosophies (Castles et al., 2018; Sigmundsson, Haga, Ofteland, & Solstad, 2020). In an alphabetic writing system, for example, if the child learns to decode the relationship between letters and sounds, they will be able to transform written words into spoken words. If the child is not able to do that, they can at best associate a small group of written words with their spoken form. This will be an inefficient process of paired learning (in which the subject tries to memorise pairs of "written words/sounds"), which stumbles upon the limitations of memory to process a significant number of pairs. Knowledge of letter-sound matches, in an alphabetic writing system, is, on the contrary, extremely inexpensive, as it is based on a small number of letters that can represent all the words in the language. Better still, each learning process creates the conditions for greater success in the subsequent learning process. For example, through a mechanism of generalisation and self-learning, many children realise that the letter "a" can be read in the same way at the beginning and end of a word.

It is not possible for children to discover the functioning of the alphabetic system on their own.

It is important to stress that children should know the alphabet, but that it only represents the names of the letters. Reading represents the translation of letters written in sounds, and not the successive naming of letters. The naming of letters is called "spelling", which literally means "saying the names of the letters" that constitute the word. The spelling, in reading, generally suggests that the subject cannot identify the word as a whole, being forced to decompose it into letters (possibly into syllables) and name them, which turns the reading into an incomprehensible and irrelevant linguistic act. This is why it is not enough to know the graphical-phoneme correspondence. It is necessary to master these correspondences in a progressively more rapid and automated way, bringing the rhythm of reading closer to the rhythm of speech.

The consequences of the architecture of the alphabetic writing system for the teaching of reading seem quite clear. Firstly, with very few exceptions, it is not possible for children to discover the functioning of the alphabetic system or its particular graphical-phonemic correspondences on their own. Writing is an invention of the social system and there is nothing biological about it, so one cannot expect spontaneous learning to read just because the subject is immersed in a world of letters and books. The teaching of the alphabetic principle has to be systematic, persistent and based on the principle of over-learning (when the subject already seems to know, one has to persist in the exposure to correspondence until automatic recognition is achieved).

Secondly, the teaching must start with the smallest units (letters), progressively expanding into syllables and words. Thirdly, teaching should take into account the level of transparency of the language, a concept which refers to irregularities and inconsistencies in decoding. The spelling of European Portuguese is considered relatively transparent (Duncan et al., 2013; Seymour et al., 2003; Sucena, Castro, & Seymour, 2009). Its initial learning raises far fewer problems than, for example, the English language, but it raises more problems than Finnish (which is the most transparent among the alphabetic scripts). Even so, in European Portuguese, there are orthographic irregularities which justify teaching starting with the letter/sound pairs which are always read in the same way (for example, the letter "b" always reads /b/, but the letter "o" can read /o/ or /u/. Fortunately, once again, children are able to make orthographic regularisations which allow them to understand and lexicalise (transform into real words) words which they have doubts about reading, even without the intervention of adults.

Moats (2020) clearly emphasises that when word identification is quick and precise, the reader has the energy to interpret the text, and that knowing letter-sound correspondence (decoding) is crucial to this identification. Decoding is actually responsible for 80% of the variance in reading comprehension in the 1st year of schooling. Subsequently its importance diminishes, but it continues to be a major factor in the comprehension of texts and in academic progress in general.

In short: learning to automatically decode words is the primary task of learning and teaching to read. It is an indispensable yet not sufficient condition for learning to read. However, if this first learning is not firmly established, the subsequent tasks (in particular, the understanding of the text) will be hindered or inhibited. Therefore, it will never be enough to stress its relevance, and to point out that the current expression "keep reading" suggests that the child reads without fluency, therefore without understanding. Not surprisingly, the difficulties of decoding in reading are at the root of the vast majority of comprehension problems, which, over time, tend to aggravate the students' situation.