Math at Your Fingertips! Why does counting on their fingers help kids calculate?

How frequent is it to have toddlers showing their fingers when asked about their age, across different cultures? How commonly do children start by silently holding up their fingers to implicitly find the answer for that same question? How do they end up using this ability when starting to develop mathematical skills, by holding up five fingers on one hand and counting to two while raising two fingers on the other hand when asked to add 5 and 2? 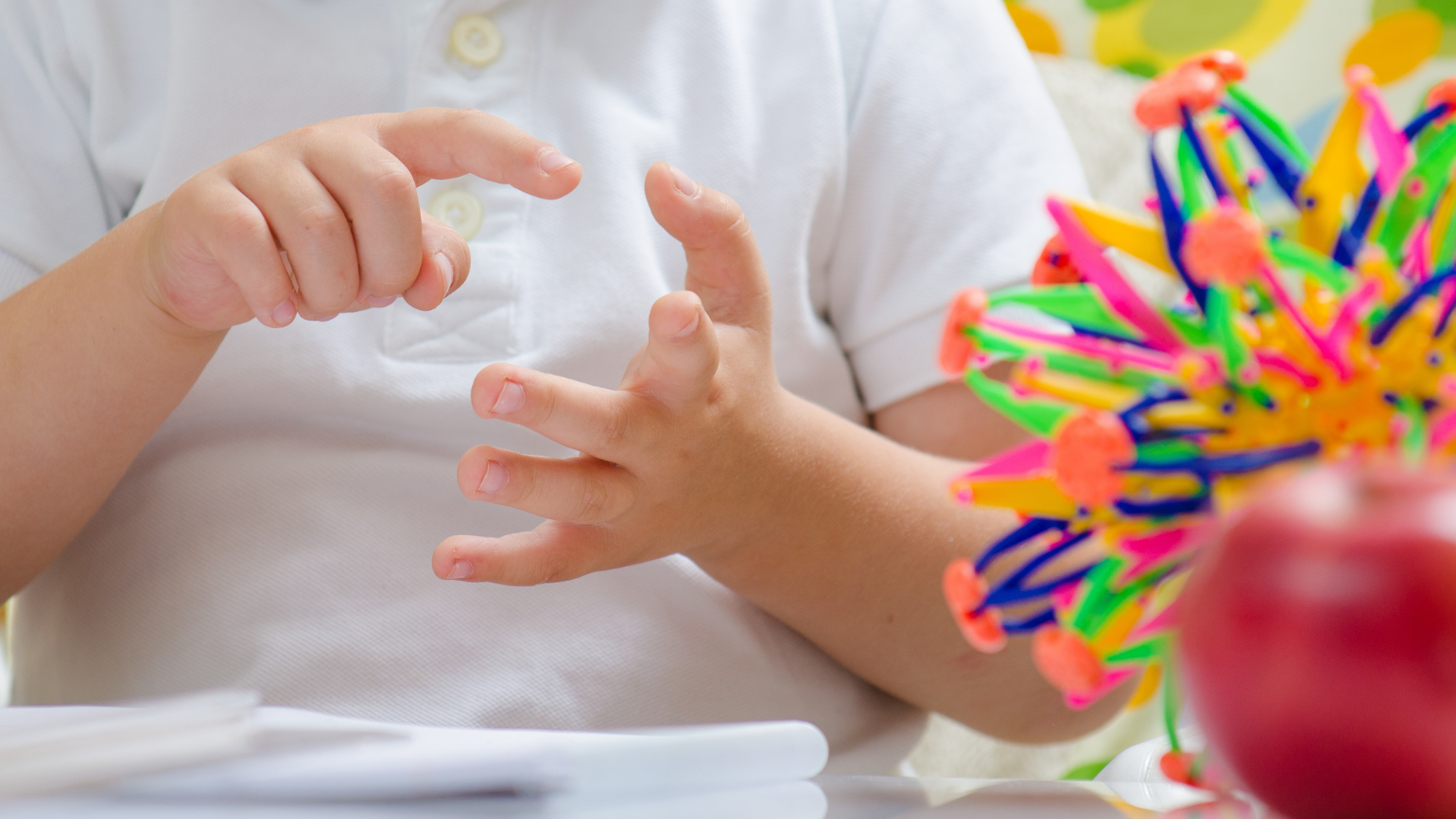 It is widely known that, during early stages of life, children’s hands play an important role in their interactions with the world. In particular, the importance of their fingers in the development of early numerical abilities has been extensively demonstrated. Learning and practicing finger counting proved to be very important in understanding number magnitude, even before the beginning of formal education. Evidence has also shown that finger representation and finger-based strategies are related to the development of later mathematical skills.

Moreover, several studies documented an association between fine motor skills (FMS) and finger gnosis (also called finger recognition or finger localization, which implies the presence of a “finger schema” in the brain) and the level of performance in basic numerical abilities in early childhood. More to the point, research suggested that through repeated practice of finger counting, children internalize their fingers as representations of number magnitude.

In a study published last year, psychologist Ursula Fischer and colleagues investigated the role of FMS in the development of finger-based number representations. Specifically, the authors explored the interactions between two different types of FMS (dexterity and graphomotor skills) and finger-based number representations in preschool children attending public German kindergartens.

Finger gnosis, which refers to the ability to mentally represent, discriminate between, display, and locate one’s fingers, has also been claimed to be associated with numerical competences later in life. Clinical studies have shown this relationship in Gerstmann’s syndrome, for instance, which arises after a lesion in the dominant inferior parietal lobule, where both finger agnosia (a deficit in finger representation) and acalculia (a disability to calculate) occur, thus suggesting a common brain process.

The brain has networks that control the finger movement, and that mentally perceive and represent our fingers. The finger gnosis network has shown to be activated during math problems, even when subjects are asked to keep their hands still. Remarkably, neuroimaging studies have proved that we “mentally see” a representation of our fingers in our brains, even when we do not use them to compute.

Cognitive neuroscientists Ilaria Berteletti and James R. Booth analyzed a specific brain region known to be dedicated both to the perception and the representation of fingers – the somatosensory finger area. Their results showed that, when children between 8 and 13 years of age were given complex subtraction problems, the somatosensory finger area lit up, even though the students were not using their fingers. This finger-representation area also proved to be engaged to a greater extent in more complex problems that involved bigger numbers and more manipulations of the numbers. This study thus supported the importance of finger gnosis in performing subtraction problems.

Results from these behavioral and neuroscience studies support educational practices that promote the use of fingers as a functional link between numerical representations in the brain and their symbolic representation. Therefore, finger-based approaches constitute a natural framework for the development of numerical abilities. This proved to be highly advantageous for children in early stages of their numerical development.