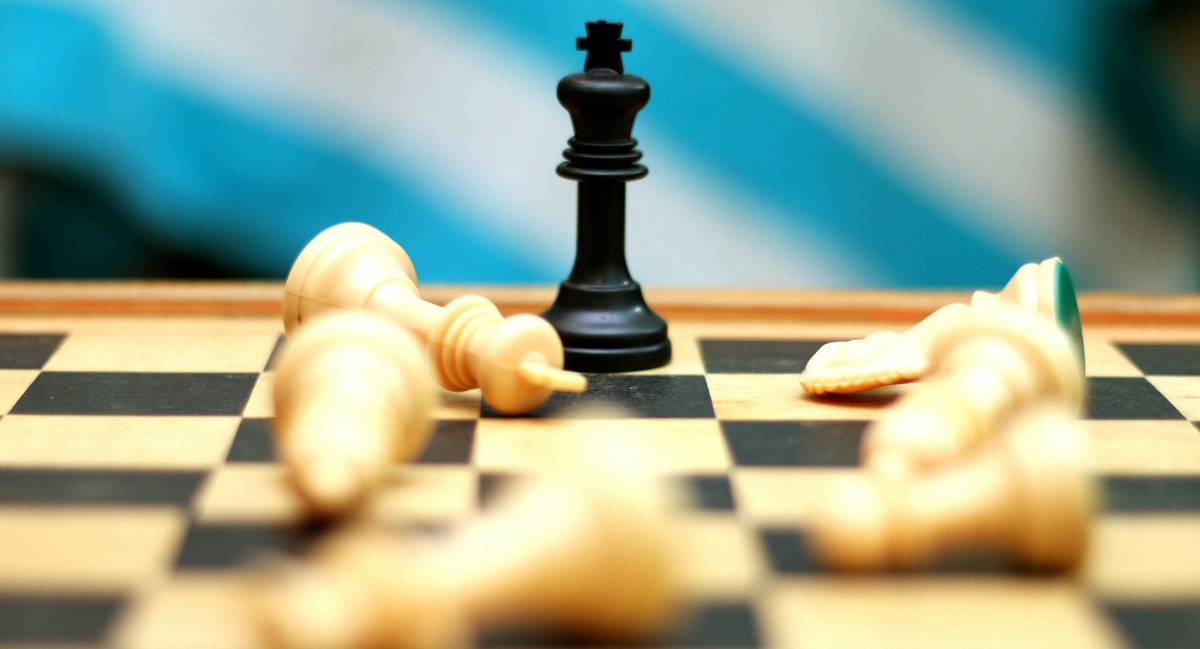 The 2022 Russian invasion of Ukraine has created the biggest human catastrophe modern-day Europe has experienced. Millions of Ukrainians, mostly women, children and other vulnerable groups, were forced to leave their country. How do we ensure fleeing children continue to pursue their education? And what skills do we all need in order to prepare ourselves and our children for an unpredictable future? 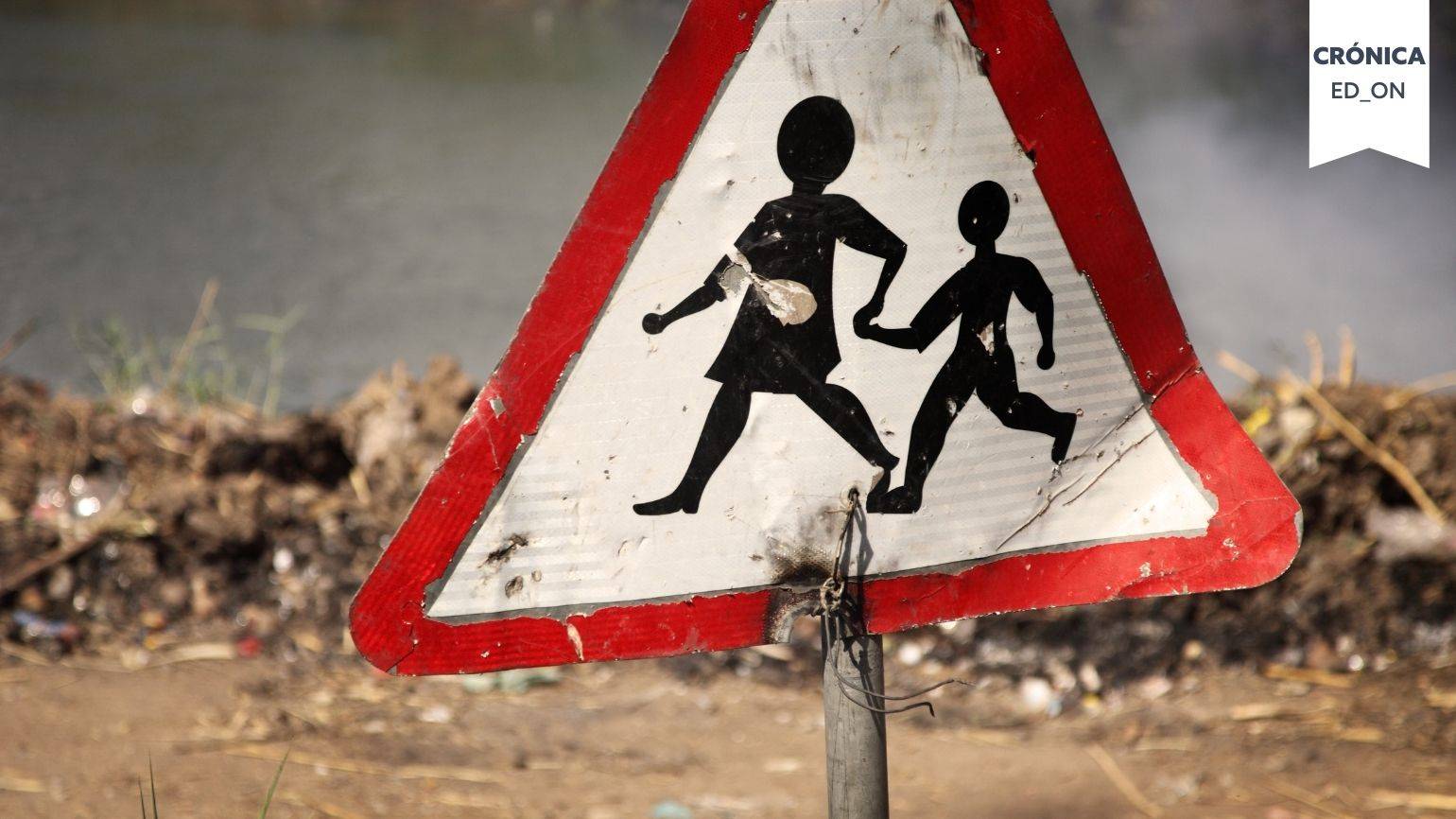 The early morning of February 24th, 2022, marked a new page in the modern-day history of Europe. Most people in the world froze in disbelief when they watched one country set in motion a brutal military attack against its neighbour. While the Russian tanks were crossing the boarders of Ukraine, Estonians had a morning to sleep in: the 24th of February is a public holiday in Estonia to commemorate its independence.

The Estonian Independence Day is celebrated since 1918 and it is marked by parades, social gatherings and concerts. The Estonian flag is hoisted yearly at dawn in the tower of Tallinn’s Old Town. This year, the news of the wide-scale military operation against Ukraine brought back painful memories of the occupation the Baltic countries suffered for fifty years, between the 1940s and the 1990s, causing a wave of solidarity and heartfelt concern.

In the morning of the 24th of February 2022, the highways in Ukraine were flooded with cars: traffic jams formed quickly as people started to flee. Personal stories of husbands and fathers who drove their families to the border, said farewell and returned to join the Ukrainian army abound. The internet is full of pictures of people escaping in overcrowded trains or walking for hundreds of kilometres towards the Polish border. They are only carrying a small bag, less than we are used to bringing on a two-day trip. Blankets, crackers, their pets and a passport. Most children have a soft toy in their hands. There is a touching picture of a woman carrying her dog, who was too weak to walk. Mothers carrying their babies. A 9-year-old boy who travelled alone for hundreds of kilometres with nothing but a number written on his hand: the phone number for his relatives in Slovakia.

Two months after the beginning of the invasion, it is estimated that about 4.6 million Ukrainians have fled the country heading towards different destinations in Europe and beyond. Many do not want to go too far: they want to return to their homeland as soon as possible. European countries have shown some solidarity, offering shelter to refugees.

By mid-April, about 29  600 Ukrainians had arrived in Estonia. The refugees are mostly women, children and elderly citizens, and there are more on their way. They are exhausted and have gone through traumatic experiences. The host country must make them feel safe, help them get busy and provide children with the basic right to education.

This is the first time the Estonian education system must provide education for refugees at such scale in a short period of time. For context, we must note that Estonia has 1.3 million inhabitants and about 156 000 students. To help Ukrainian children, Estonians are ready to find schools for them and to create digital solutions that provide online lessons in Ukrainian. Moreover, refugee teachers are offered a job in the education system, and retired Estonian teachers and students in teacher training will be asked to help. There is a short-term and long-term plan being developed simultaneously: we first aim to keep children busy, teach them the language, provide psychological help, and let them adjust to the new environment. The long-term plan will be deployed in case they stay in the country for longer and can start more formal schooling next term.

A topic that has brought some controversy to this challenge is the language in which Ukrainian children will study. Estonia has schools that teach in Estonian and in Russian. Around 25% of our population is Russian-speaking and they go to Russian schools. The sensitive issue around this is that parts of the Estonian-Russian population are following the Russian state media and support Putin. At the same time, there are Russians who feel that Estonia is the best place to be, and they would never want to live in Russia or in a country where freedom of expression does not exist. To prevent bullying and conflicts due to background differences and nationality, it might not be a good idea to place Ukrainian children in Russian-speaking schools. The Minister of Education and Research announced early on that Ukrainian children should study in Estonian. We have language immersion programmes — an effective way of learning a foreign language — which have been used for years. However, the Estonian education system is autonomous: it allows parents to choose which school their children will attend. The plan to open a Ukrainian school where all languages will be taught has also been kicked off.

The refugee challenge created a steep learning curve for all parties involved: for those who have arrived at a new country and for those who are welcoming them. Estonians are trying to understand the background of Ukrainian children, the national curricula of Ukraine and how to best adapt our education systems to one another. Ukrainian authorities have compiled learning materials and suggestions on how to continue the education of their children remotely. Cooperation between hosting countries in the region is very important.

The Estonian society is worried about the present situation in Ukraine: they are concerned about the future of the region, a possible escalation of the conflict, and the amount of uncertainty. Schools organise talks about the war, peace and loss. They try to inform students about what is going on, organise additional media lessons, explain how to differentiate between fake and trustworthy sources of information. The stress and worries about the war in Ukraine reach children in every age group.  Kindergarten teachers have shared stories of how small kids have invented a new game “Putin and the Ukrainians”. They have discussed where would be the closest bomb shelter and what it would look like, some have refused to go to sleep saying that they would not want to die at night. And these are children who have not seen the war.

Are there any lessons for the education systems at this point? Are there skills and competences that we need to consider when preparing the young minds for the uncertainties of the future? Nobody wants to imagine what the children from Ukraine are currently going through, but there are calamities and unplanned occasions in life that people must learn to cope with and overcome. Estonians have developed an app called “Be ready!” (Ole valmis!) listing all the possible accidents in life with instructions on how to act accordingly. They cover fire safety, natural disasters, security threats, survival in the forest, first aid, etc. Over the past few weeks, the number of downloads increased significantly. When looking at the Ukrainian children example, we can conclude that characteristics such as resilience, grit, endurance and stamina are essential. In general, those who speak foreign languages, understand the history of the conflict and are physically fitter are better equipped to deal with such atrocities.

Viktor Frankl, a psychologist who survived the Nazi death camps wrote: “You cannot control what happens to you in life, but you can always control what you will feel and do about what happens to you.”  He also said that life is not a quest for pleasure or power, but a quest for meaning.  You can find the meaning in your work, in love or caring for others or in courage during difficult times.