Poverty and education in Portugal 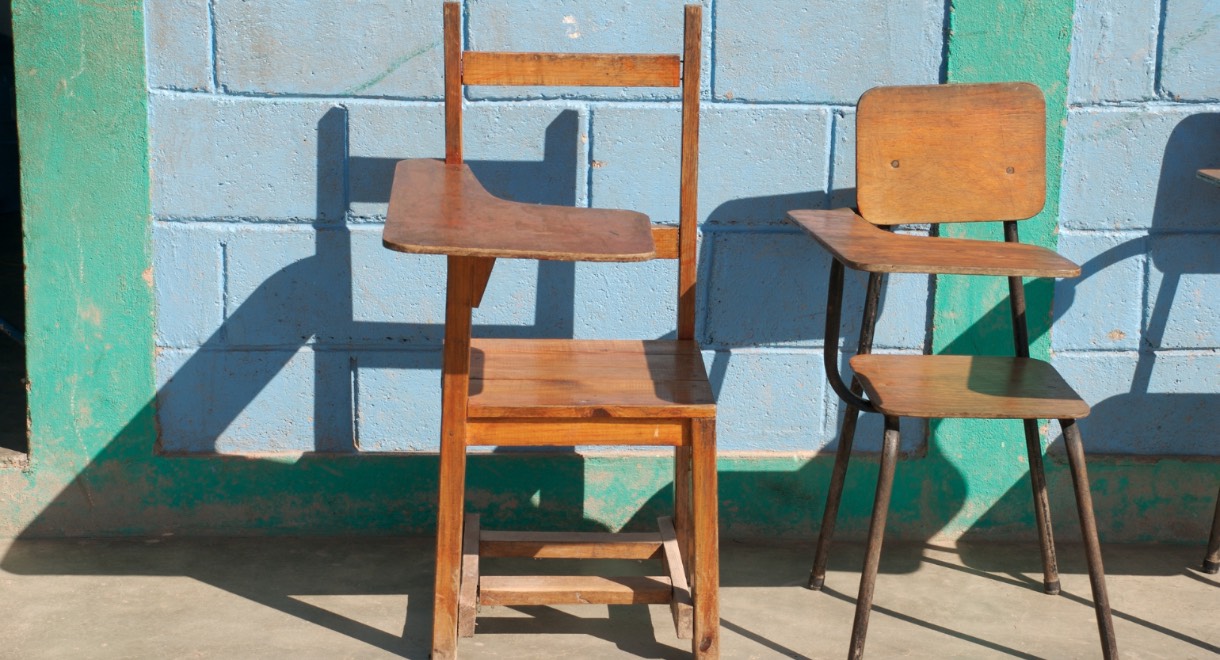 Who are the poor and how do they live in Portugal? A recent study, published by the Francisco Manuel dos Santos Foundation, identifies a clear association between education and poverty with its findings demonstrating a greater incidence of poverty among those with lower levels of schooling. In a summary article for Iniciativa Educação, the study coordinator summarises the main trajectories and daily realities of poverty in Portugal while highlighting the most relevant education related findings.

The Trajectories and Daily Realities of Poverty in Portugal project started out with a rather simple question: Who are the poor and how do they live in Portugal? However, while the question appears simple, its scope is also very ambitious, requiring diverse and complex responses.

Poverty is something easy to grasp in reality when facing a concrete situation but remains difficult to define conceptually in keeping with its complexity, embedded in the social fabric.

Irrespective, one core question that helps organise any definition of poverty derives from the shortage of resources. Any perspective focused on the idea of absolute poverty approaches the resources necessary to the physical survival of individuals while perspectives dealing with relative poverty centre on the lack of resources necessary to a dignified life. The notion of relative poverty therefore extends to diverse types of resources. While the economic (money and acquirable assets) are core, there are others that here require consideration. Standing out among them are educational resources. The centrality of education as a resource reflects the need for its inclusion in any analysis of poverty.

This study incorporates two types of education based results associated with the two different components that divide this study. Hence, in a first project phase, applying a quantitative approach, this deployed the INE – National Institute of Statistics survey that calculates the rate (of risk) of poverty.

The results convey how there are greater levels of poverty among those with the lowest levels of schooling but even obtaining higher education qualifications does not render individuals immune to poverty. Nevertheless, it remains very clear that the overwhelming majority of poor persons have low levels of education, between the 1st and 2nd cycles of primary education.

Through dividing the schooling into three major groups, the study identified, for the leading breadwinner in each aggregate residence in Portugal (the individual making the largest contribution to the household budget), the probability of poverty. As reference categories, this determined the group with the lowest rates of poverty (those with higher education) and enabling observations, regarding this group, of how holding primary level education or less registers a 10.4% increase in risk of poverty while those with secondary school education (always retaining university education as the reference group) experience a 4.4% higher risk.

Subsequently, we mobilised the data from this survey so that, through the application of other statistical techniques – Multiple Correspondence Analysis (MCA) and cluster analysis –, we portrayed the main profiles of poverty in Portugal (covering individuals aged 18 or over):

The book Pobreza em Portugal: Trajetos and Quotidianos contains many further details about the characteristics of these four groups and the processes behind their construction. As regards education, the first finding is that the profiles do not mutually differ greatly on this issue. However, there is one important observation that opens up insights into this conclusion. The “Precarious” group tends to concentrate individuals with higher levels of schooling and the younger members of society (as seen, including poor students aged 18 and over). If, for the sample as a whole, those aged between 18 and 24 amount to 12.0%, they represent more than double that in this profile, rising to 29.6%. Specifically in relation to education, primary or lower levels of schooling continue to predominate in this profile (66.4% of the total of this group). However, this still remains the profile with the highest level of education and stands out for containing a lower weighting of low education than the global sample (79.5%). Thus, this also includes the highest proportions of those holing Secondary (26.9%) and University (6.6%) education qualifications.

The second part of the study applied the profiles identified after having refined them through comparison with previous studies before undertaking 91 in depth interviews with individuals chosen according to the characteristics of each profile. The sample selection work for these participants was highly detailed and involved criss-crossing the national territory: we went from the largest cities to villages with 30 inhabitants. We carried out almost as many interviews in rural, inland regions as in the coastal metropolitan areas in addition to on the islands of Madeira and the Azores. The interviews may not be statistically representative but they do effectively convey the diversity of the situations of poverty lived in Portugal.

There may be a far greater incidence of poverty among those with lower levels of schooling but even higher education is no longer sufficient to render individuals immune to entering into poverty.

The results, for the field of education, may be presented across two axes. The first relates to questions that are transversal across the different profiles. Considering that the large majority of poor persons in Portugal hold low levels of education, it is not surprising that this was expressed in the interviews. This means that schooling is not a significant factor for differentiating among the profiles and is associated to intergenerational processes reproducing poverty.

Correspondingly, a large majority of interviewees left school early to join the labour market. Almost all were in situations that would nowadays (and even at the time when they did so) configure instances of child labour. The reasons for abandoning school very much interconnect with the need to financially support their families and not particularly out of disliking school. Here, the specific situations vary: the need to take care of a grandmother, substituting an absent mother in running the house, taking care of siblings or, more simply, adding to the household income. Agricultural work is important in this scope, even for interviewees in urban environments in keeping with the consequences of rural-urban migration processes. The desire to leave school to obtain economic independence for oneself or to get married is not absent but is a clearly minority experience.

What this above all highlights is how a small but significant minority of interviewees dropped out of school despite achieving academic success and wanting to continue their education. What happened here was the demotivating effects of the family household environment conjugated with the state’s incapacity to retain individuals in the school system.

In considering how their lives would have been different had they continued with their studies, the great majority proposed they would have been better, with more attractive professional options. Nevertheless, some expressed skepticism in relation to any positive impact from a longer period of schooling and arguing by pointing to the difficulties of finding employment among those with better levels of education. What gets highlighted here is the adherence to the value of education among the great majority of individuals in contrast to the more pessimistic narratives about this value to the lower classes and those with fewer resources. However, in contrast, we also have to highlight the highly sceptical fashion with which some respondents continue to perceive education, revealing highly negative experiences with the teaching system.

Education clearly associates with poverty and, considering this afflicts a large number of Portuguese citizens, this stands out as one of the core challenges to national development.

Some of these individuals did return to the education system as adults, especially to attend training courses within the framework of improving their qualifications for employment. As a general rule, such returns involved the same protagonists: the diverse social support institutions. In practice, few of those interviewed ever returned to the education and training system on their own initiative. The consequences of these training course were also very similar: in one or other situation, they enabled access to a job but in no case did they enable the individuals to get out of poverty. It thus becomes hardly surprising that the evaluations they make of this return generally lack any enthusiasm. A large majority felt pressured into going and what they gained from this experience was of little utility or served not to lose eligibility for social security financial support, to pass the time, to socialise or to learn interesting things. However, a warning does need issuing at this stage. We only interviewed poor persons so any eventual occurrence of individuals getting out of poverty through these training programs falls beyond the scope of the population we interviewed.

However, there are some small specific differentiations among the profiles. Firstly, the return to schools when an adult does not get mentioned by the more elderly clustered into the “Retirees” profile and receiving the greatest number of mentions among the “Precarious” and the “Unemployed” profiles. Here, there is clearly a generational effect: clearly, the more elderly were economically active in contexts where post-school training was practically non-existent.

The second refers to the younger participants, concentrated into the profile of the “Precarious”. Many of those in this group abandoned school with higher levels of education in comparison but without this having prevented them from falling into situations of poverty, considering their family structures and the employment earnings they receive (when in receipt). Furthermore, the motives for dropping out from schools do not differ from those already referenced. Hence, that reported by the statistical data encounters a direct correspondence in the results of the interviews.

Finally, education clearly interlinks with poverty and given this afflicts a significant number of Portuguese (varying from year to year but always close to one-fifth of national citizens), this association remains one of the leading challenges for Portuguese development – if not the single most important, especially when taking into account how development should be people centred.

Studying more pays-off, but how much?