The importance of number sense for success in learning mathematics 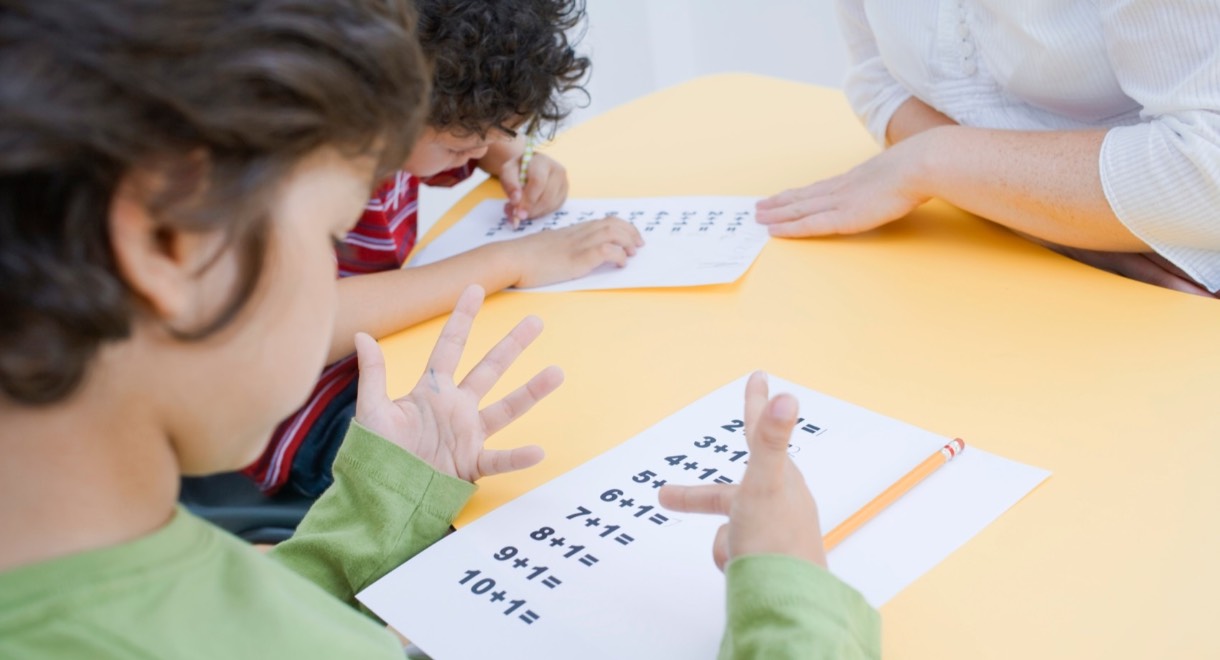 Before they learn to count, children already possess a notion of quantity. This ability to compare quantities is innate and can be a predictor of math performance later in school life. A group of researchers shows how this relationship occurs in early childhood.

There is a mutual influence between children's ability to compare quantities, without counting, and their performance in math. It was to this conclusion that Elliot, Feigenson, Halberda, and Libertus [1] reached in a recent longitudinal study with children between 3 and 5 years of age, with parents with relatively high levels of education, in the USA. This was the first research to analyse, at these ages, the two-way relationship between the ability to compare quantities and the performance in mathematics.

The relationship between the two was evident. The accuracy of the ANS of the initial moment was related to the later math ability of the children (i.e., it was predictive) and the initial performance in math also proved to be an important predictor of the accuracy of children's approximate number system. There was thus, over time, a mutual influence (and improvement) between the two, as this pioneering study shows in investigating the predictive value of performance in mathematics (symbolic) for the approximate number system in children.

The importance of knowing how to estimate quantities

Many studies have tried to identify the specific cognitive precursors of performance in mathematics.[2] In addition to general cognitive factors such as language, working memory and executive functions, the ability to represent and manipulate approximate quantities without formal symbols (e.g., digits or "word-numbers") has been suggested [3] as a predictor of performance in school mathematics. Approximate numerical judgement, therefore inaccurate or inexact, is common to humans and non-human animals, and is thus considered a primitive ability underlying a non-verbal system that allows for the representation of quantities and is called the approximate number system (ANS). This ability is found very early on (in new-borns).[4] It emerges independently of language or mathematical education, improves with development, and its accuracy decreases with increasing numerical quantities and their proximity (ratio) (for example, 11 and 10 are closer than 12 and 6, in the first case we have a ratio of 1.11, and in the second a ratio of 2). The question "Which of these two sets has more points?" is a concrete example of a situation that evaluates the non-symbolic ability (see figure below). These primary skills form the basis for the development of other symbolic secondary skills (e.g., counting, comparison of numerals, representation on a numeric line, arithmetic operations). Both are part of the number sense when defined as a set of interrelated components that change with age and experience, with different dimensions that are revealed in different numerical situations and tasks.

In fact, no two researchers defining the meaning of the number in the same way are found in the literature.[5] It is an expression used to describe a wide variety of relevant mathematical concepts with more than 30 constructs,[6] that is, components. Several aspects of the number sense (for example, estimation of quantities) are themselves heterogeneous, involving different skills, of a symbolic and non-symbolic character.[7]

In this context, and according to what has been mentioned above, the approximate non-symbolic number system underlies the quantification without verbal counting and allows the carrying out of comparisons and arithmetic operations of addition, subtraction, multiplication, and approximate division, using intuitive quantitative representations. As opposed to exact symbolic representations, these give us only approximate values, with the uncertainty and imprecision growing with the quantity to represent.

Before this study with children from 3 to 5 years old, there was already evidence of the influence of symbolic numerical capacities in the improvement of the ability to estimate quantities, but only in adults. For example,[8] Portuguese adults who did not receive mathematics education were less accurate in predicting quantities than those who acquired symbolic numerical skills through formal instruction.

Can (and should) number sense and, in particular, the ANS be taught?

The scientific data suggest that the number sense in general and the approximate number system (ANS) in particular can and should be taught in order to promote the proper development of mathematical skills.

The ANS is for mathematics what phonemic consciousness is for reading. [9]

Since a good number sense[10] is considered to include: a) fluency in estimating and judging quantities, b) recognising irrational results, and c) going through different representations and using (choosing) the most appropriate one, these abilities should be promoted.

Thus, in pre-school and 1st year of schooling it is fundamental to:

According to the previously mentioned study by Elliot et al. (2019), the approximate number system plays an important role in the development of symbolic representations and these, in turn, allow children to refine non-symbolic representations through the understanding that sets of objects can be represented with abstract symbols, which may be numerically compared. Early concerted instruction and training in both symbolic and non-symbolic abilities will lead to success in learning mathematics.

Motivation is important but it's not enough