The negative effect of multitasking on online and in-person classes

Recent studies confirm that it is in online classes that students are most dispersed in multitasking, and that this reflects negatively on their academic performances. After all, managing to do more than one thing at a time without neglecting any of them is impossible. Multitasking is just a myth. 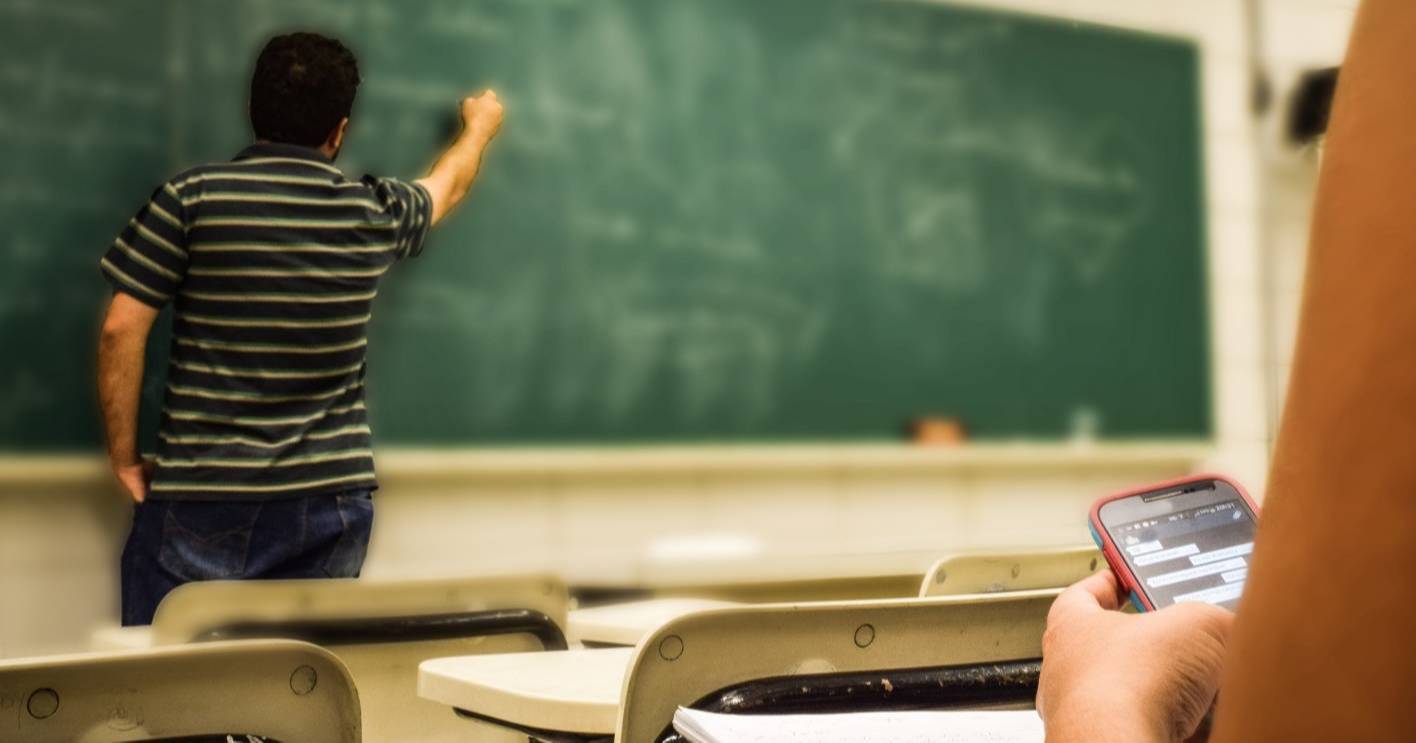 It has long been recognised that young people tend to do several tasks at once, and that science has attempted to examine the nature of that behaviour and its effects on the learning process. Many young people send and read messages and use social networks while they study, do schoolwork, and/or are in class. Computer activities (instant messaging, games and website research) are the most frequent, while watching television and other media are the least common (e.g. Foehr, 2006).

The problem is that, contrary to a much-publicised myth called multitasking, according to which young people would be able to do several tasks at once and not be hindered, the reality is that the learning process is very much impaired by distractions. The negative effect of multitasking on academic performance has been revealed through a vast body of scientific literature (e.g. Bellur et al., 2015). Decades of research indicate that the quality of educational outcomes and the depth of thought deteriorate as more attention is given to different tasks at the same time. Or, as Wallis summarised in 2006, "there is substantial literature on how the brain deals with the execution of multiple tasks. And, basically, it does not!" (p. 51).

By 2013, Rosen, Carrier, and Cheever had already shown how easily students in 3rd grade, high school, and university are distracted when they study at home, with digital technology within their reach. Minute by minute observations for 15 minutes revealed that students had difficulty focusing on the main task (i.e., studying), devoting less than 6 minutes on average to study until switching to another task. In addition to getting up and walking, switching to another task was mostly associated with technological distractions, such as text messaging, the use of social networks and television.

Observers wrote down the technologies and the open tabs on Windows present before and during the observation period. For all age groups, the amount of potentially distracting technology available at the beginning of the study session was predictive of poor performance in the main task. In addition, having the television on at least once during the session significantly affected study time, and the participants who accessed Facebook most frequently matched those who reported the worst academic performance.

Effects of multitasking on learning during face-to-face classes

The existence of electronic devices in the natural study environment often extends to the classroom, interfering with the learning of the contents (e.g. Ellis et al., 2010; Kinzie et al., 2005; Kuznekoff & Titsworth, 2013; Rosen et al., 2011). Even more so when classrooms are equipped with internet access and when they require students to use electronic devices.

Empirical studies suggest that multitasking during educational activities (such as listening to a class and taking notes) negatively affects students' performance in various aspects, including content understanding, retrieval and remembering (e.g. Cutino & Nees, 2017).

Hembrooke & Gay (2003) investigated the effect of the use of laptops in classrooms in higher education (in real, non-simulated context) and found that the group of students who used the computer became involved in irrelevant tasks - non-class related internet searches, emailing, chat, etc. - and performed worse in a recognition and recall test than those who had not used it. More recently, Sana et al. (2013) verified, also in real context, that the use of a laptop not only jeopardises the performance of the student who is using it. Those who have been involved in multitasking and those who were in a position from where they could see the laptop directly showed a poorer understanding of the contents of the class. This is what Paul Kirschner ironically refers to as "second hand smoke" or having to breathe the smoke of others.

The negative effects of multitasking are even more pronounced in online courses than in face-to-face courses, as shown by the two new studies now published (Lepp et al., 2019, and Alghamdi et al., 2020).

It was well known that in mixed teaching courses (face-to-face and online), the tendency to perform several tasks simultaneously increased during the online component of the course (Manwaring et al., 2017). However, it was still not clear until now whether courses taught exclusively online were more prone to multitasking behaviours than face-to-face ones, and which predictors and mediators of these behaviours, both for boys and girls, there were.

These two studies conducted with American university students have now answered these questions.

Lepp et al. (2019) compared the multitasking behaviours of 296 students in online and in-person classes, based on the answers to a questionnaire developed and validated for this purpose. Significantly more multitasking behaviours were reported in online classes than in face-to-face classes (see graphs below). The regression analysis revealed that the predictors of these behaviours were different according to the type of class. For the online classes, the addiction/vice of using the internet, the general tendency for multitasking and the age (younger students scattered more in different tasks) contributed. For the face-to-face classes, Internet addiction and SESRL (Self-Efficacy for Self-Regulated Learning) were predictors - the students with the best self-efficacy are the least prone to disruptive behaviours.

The need for online learning is undeniable nowadays. However, we must be aware of its potential costs. In the absence of the physical presence of the teacher, which in itself would limit multitasking behaviours, it is fundamental to find pedagogical (and technological) strategies that lead students to focus on the main task, discouraging harmful dispersions.