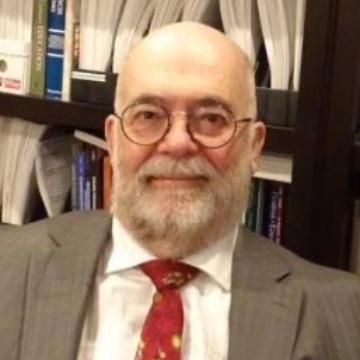 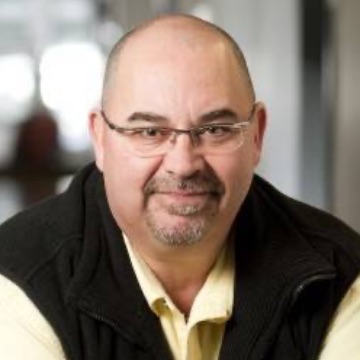 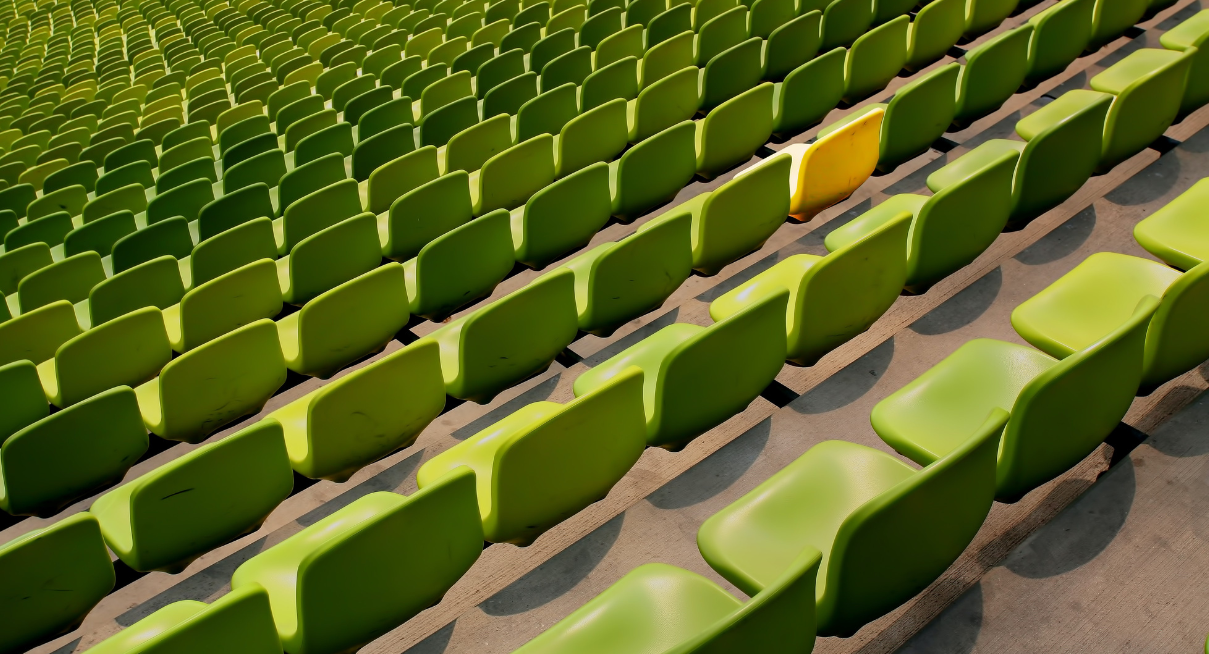 Differentiation is a pedagogical approach that considers student heterogeneity in the classroom. Most of the literature on differentiated teaching proposes a constructivist or socio-constructivist perspective. This pedagogical vision is not based on evidence. Jobin and Gauthier stated in 2008 that “the general meaning of this concept [differentiated instruction] still eludes us, as do its methods of application”. This is similar to what Kershner and Miles affirmed in 1996: “I think it's a term that is like a bar of soap, you try to grab it and suddenly it's out of your hand”. However, there is a different, more research-based approach to differentiation, namely the Response to Intervention (RtI) model.

Differentiating in the classroom

There are no miracle solutions to this issue, but that does not mean that nothing can be done. Many education systems have used differentiation instruction as a solution for the heterogeneity of students in the classroom with the goal to meet the challenge of academic success for all students.

In Quebec, the Ministry of Education proposed in 2021 a differentiated instruction for all students by using "pedagogical flexibility" defined as follows:

Pedagogical flexibility (...) at both the elementary and secondary levels is the primary form of pedagogical differentiation and concerns all students. On a day-to-day basis, this flexibility opens the door to all sorts of possibilities for students, in terms of the choice of different content, different structures, different processes and different productions.

A dangerous interpretation of differentiated instruction is to modify the curriculum and its major goals based on students' limitations and interests.

Still, the references used by the Quebec Ministry of Education to recommend pedagogical flexibility to teachers are not based on any peer-reviewed scientific publication that has shown positive effects of the proposed differentiation practices. Another widely popularized form of differentiation is the use of Universal Design for Learning, known as UDL. Yet, Matthew's meta-analysis showed in 2017 no effect of UDL on student achievement. Theories of learning styles and multiple intelligences are also recommended for differentiating instruction. Despite their popularity, both theories are not based on any evidence and are even invalidated, as noted by authors such as Baillargeon, and Tricot.

In addition, a dangerous interpretation of differentiated instruction is to modify the curriculum and its major goals based on students' limitations and interests. Thus, instead of strengthening instruction for struggling students, teachers and schools are pushed to lower their standards and goals, and this is called individualized instruction. Of course, this reinforces the limitations of struggling students, who are most often from disadvantaged backgrounds. In contrast to this individualized instruction, teachers and schools must instead strengthen their efforts to ensure that all students acquire basic knowledge and skills. So how can we differentiate in a different way and offer a more realistic solution to students who have difficulty keeping up?

Differentiated instruction is a controversial process

As noted by Bissonnette, Richard & Gauthier, differentiating pedagogy is certainly driven by a laudable intention. However, in education, attractive pedagogical innovations are often proposed on a large scale without solid support from the research community. Jobin and Gauthier conducted a thorough review of research that has measured the effects of differentiated instruction in 2008. Both investigations conclude as follows:

Consequently, we can state that, according to the results of our study, differentiated instruction currently has little or no support from the research community and that prescribing this pedagogical modality on a large scale, as is currently the case, is based on very limited evidence of effectiveness.

This observation does not mean that the special needs of certain students should be ignored, but rather that educational interventions should be differentiated based on evidence. This is the best way to increase the probability of success of such approach. From this perspective, which interventions work best? Research shows that differentiation does not succeed by diversifying instructional approaches, but rather by applying an effective instructional approach at varying levels of frequency and intensity, based on student needs. This type of effective teaching approach is known as the Response to Intervention (RtI) model or tiered intervention model. Let's look at the case of literacy learning with allophone students — students who are required to learn French in school and whose first language is neither French nor English— in Quebec.

The Response to Intervention model: an effective approach

Response to Intervention (RtI) is an educational approach focused on preventing difficulties in school.

Response to Intervention integrates assessment and intervention into a multi-tiered prevention system to optimize student outcomes and reduce behavioral problems. [To do this], schools use data to identify students at risk for difficulties, monitor student progress, provide evidence-based interventions, adjust the intensity and nature of those interventions based on student response, and finally identify students with learning and other [behavioral, etc.] difficulties. (National Center on Response to Intervention, 2010, p. 2)

Since 2003, more than 40,000 immigrants arrive in Quebec every year. The Ministry of Education estimates that 50 % of these people can’t speak French. In 2006, the Ministry of Education, Leisure and Sports drew up a sociocultural portrait of students from immigrant backgrounds covering the period from 1994 to 2004. These students — known by the English acronym SIB — are defined by the Ministry of Education as learners "who were born outside of Canada (first generation) or who were born in Canada (second generation), but who have a parent born outside of Canada, or whose first language is neither English nor French”. While investigating academic challenges, this review concluded that in relation to the normal progress of students, 16.7% of all students were behind, while in the case of immigrant students this proportion was 19.1% and 31.8% for first generation immigrant students.

Given the importance of literacy to academic success, it is important to identify the most effective instructional strategies for promoting literacy among elementary school students whose language of instruction differs from their first language. Therefore, Richard, Bissonnette & Gauthier conducted in 2008 a literature review to identify such strategies.

Two research summaries have helped us identify these instructional strategies: the National Literacy Panel report on language-minority children and youth, published in 2006, and the practical educator’s guide Effective Literacy and English Language Instruction, published in the following year. Although this research was conducted in the United States with English as a second language as the object of study, the correspondence with the results of research on the development of literacy in French remains very high, as noted by Brodeur et al.

The main conclusion in the National Literacy Panel report is that increased instruction in the key components of reading as identified by the National Reading Panel is highly conducive to the development of literacy in second language learners. It should be recalled that this panel identified in 2000, based on a large body of evidence, the essential components of preventive practices for learning difficulties in reading from kindergarten to grade 3.

As the National Literacy Panel pointed out, explicit instruction of key reading components appears to be just as important for the development of literacy in a second language as it is in the first language. Therefore, explicit instruction in the essential components of reading in the regular classroom is an instructional strategy that promotes the development of literacy in allophone students. It is a universal prevention intervention at the first level of the RtI model.

Still, and despite this effective strategy, it is important to regularly measure the progress of allophone students, as the studies consulted indicate that adjustments are necessary for them to fully benefit from it, as noted by Richard et at in 2008:

Thus, in order to learn to read and write in a second language, students will need, on the one hand, greater explicitness and intensification of the teaching of different literacy strategies. On the other hand, the teacher will also need to undertake simultaneous language skill development work with allophone students.

Specifically, language skill development is based on systematic teaching of vocabulary, prerequisite knowledge for various activities, and explicit teaching of the formal language of the school.

Clarifying the meaning of words, teaching concepts in depth, and addressing the meaning of common phrases and sentences throughout the day are all examples of systematic vocabulary instruction. In terms of explicit interventions on understanding the formal language of the school, the teacher must ensure that allophone students understand the meaning of the language used in books and textbooks.

Compared to everyday French, academic French is the formal language of school, academic subjects, texts and books, and by extension, logical discourse. It is a more abstract and decontextualized language than the French commonly used for conversation. For example, common words such as factor or power take on a particular meaning in the context of mathematics (Richard et al., 2008, p. 47).

The development of language skills in allophone students will therefore be enhanced by explicit instruction of academic language at the first level of an RtI model. It is important to note that during an explicit instructional lesson, the teacher can differentiate learning opportunities by offering some of the students extended guided practice. This will provide them with more support prior to their independent practice.

However, despite the implementation of the various measures mentioned above, the needs of some allophone students will still require second-level interventions. Regular measurement of students' progress allows us to identify those for whom greater differentiation is necessary. As noted by Brodeur, at the second level, teachers or remedial educators intervene with students for whom the first level intervention is not sufficient, in subgroups of 4 to 8 students who present similar deficiencies or difficulties. The interventions are explicit, intensive and well-targeted to the students' difficulties. Finally, third level interventions will be offered to students who present persistent difficulties. At this level, remedial teachers intervene individually or in very small groups (2 or 3 students) and explicitly according to the specific needs of the students.

This three-tiered intervention model provides allophone students with differentiated learning opportunities in terms of frequency, intensity, and based on their specific needs, within an explicit instructional framework.

Tran et all concluded in 2011 that the the effectiveness of such a three-tiered model has been demonstrated. Quoting Brodeur, it represents a good example of evidence-based instructional interventions that have also been shown to be effective in different contexts: reading, writing, and math.

Based on their synthesis of research, Jobin and Gauthier argue that differentiated instruction is more of a catchy slogan than a research-founded model that deserves to be generalized. Yet, a recent meta-analysis conducted in 2018 by Deunk and his team showed that the most effective differentiation practices are those that temporarily group students according to their level of achievement, and this through a whole school intervention system advocating for intensified interventions for struggling students, such as the RtI model. Differentiate, yes, but do it differently!